Bolted Steel Tank Design to AS2304 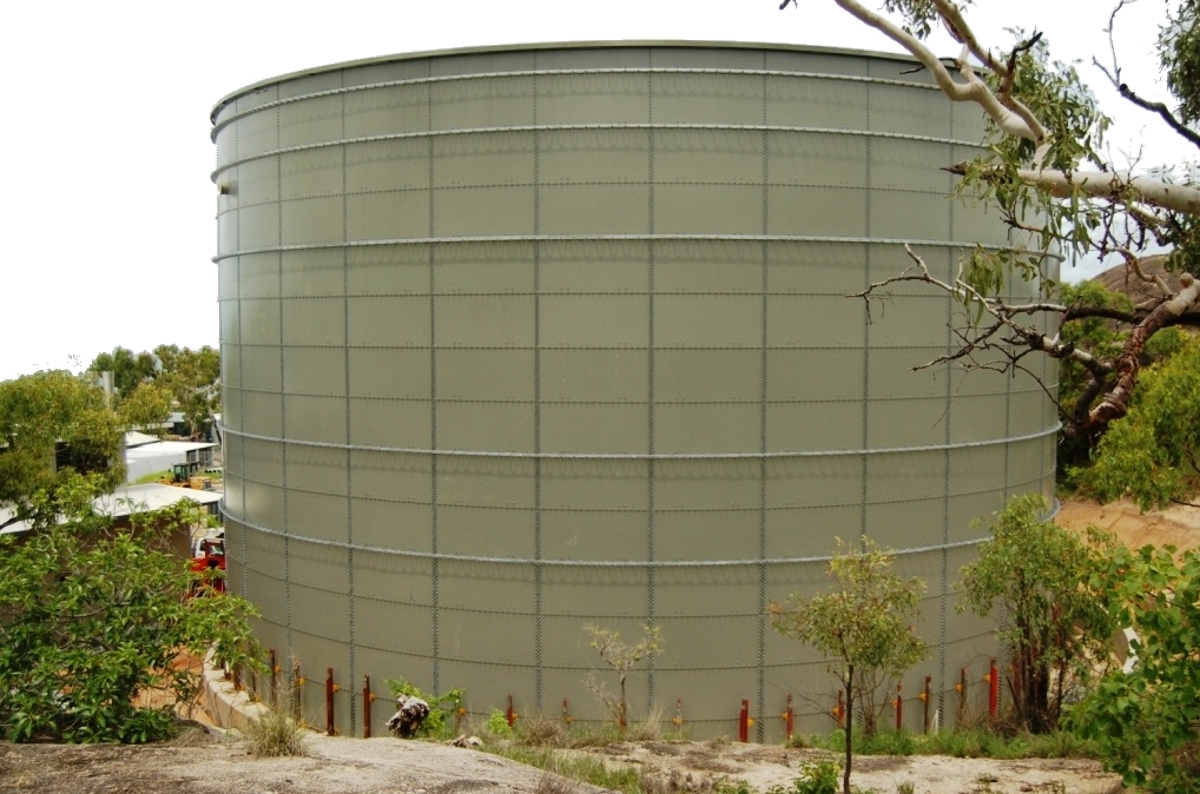 When the bolts are taken into account, the difference becomes greater. In an allowable stress approach the hoop stress in the shell is calculated using the shell width less the sum of the bolt holes. The hoop stress is then compared to the yield strength of the material. In a limit states approach, the bolt hole area is also removed; however the calculated stress is compared against the factored ultimate tensile strength of the material. It is then possible to select the number of bolts such that they do not influence the design strength of the shell; whereas, in an allowable stress approach, this is not possible.

The design of tanks is also influenced by environmental loads that have the potential to force the designer to select thicker shell plates; however, notwithstanding this, the design to AS2304 has the potential to offer savings to tank fabricators and should seriously be considered for any new, bolted steel tanks.